Learn Before You Preach 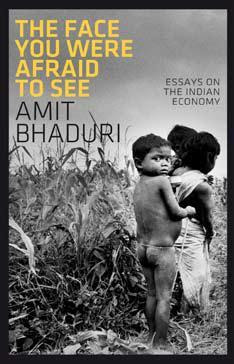 By Dilip Raote
-------------------------------------------------------------------------------------
The Face You Were Afraid to See: Essays on the Indian Economy
Amit Bhaduri
Penguin India 2009
Price: Rs 250; Pages: 194
-------------------------------------------------------------------------------------
In his collection of essays, Amit Bhaduri presents this view: “Large corporations, aided and abetted by the land acquisition policies of the central and state governments, are indulging in massive land-grabbing. We witness the perversity of development in the destruction of livelihoods and displacement of the poor in the name of industrialisation, in the construction of big dams for power generation and irrigation, in the corporatisation of agriculture despite farmers’ suicides, and in the modernisation and beautification of our cities by the demolition of slums.” After reading this introductory blurb, the immediate urge is to throw away the book. Oh God, not another bleeding-heart socialist!
But it turns out that Bhaduri does not do ideological linear-thinking of the kind that produces fundamentalist extremism of the various sects of the Right and the Left. He presents an objective view of the facts, as he sees them, of the Indian economic mess. But he does not offer a solution. His last essay ends thus: “We live in a time when both centralised planning and corporate industrialisation have visibly failed…Faith in existing paradigms is deeply shaken. The conventional politics of trying to capture centralised power by any means without trusting the creativity of the people has rendered the political parties of both the Right and the Left without legitimacy in the eyes of the people. The time is ripe for a new beginning.”
And what should be this new beginning? Bhaduri offers no ideas, and so comes across as a moralising observer who keeps saying, “This is wrong! This is very bad! This should not happen!” like a socialite socialist at a pseudo-intellectual dinner party.
Bhaduri is also ignorant of history. There was land-grabbing in prehistoric times; powerful tribes took over and the losers were killed or evicted. There were economic and social consequences. Tribal territories eventually grew into kingdoms and empires; economic, political and social consequences expanded like a spiral. Feudal lords created SEZs to build palaces, forts, ports, markets; the displaced fled to towns and created slums. Then there arose the cycles of rise and fall of the empires — prosperity, decadence of the contented ruling classes, and the anger of the poor which provoked violent revolts. New classes came to power and raised the hopes of the people; then came contentment and debauchery at the top and growing anger in the lower layers. This produced rightists and leftists, and both believed that only they were right. History presents this scenario over and over again.
India now has a very ambitious ruling class which sees itself as guiding the country towards being a world-class empire. India has Empress Sonia and thousands of feudal lords ruthlessly pursuing wealth and power. And there is a population of over a billion people who must have access to water, electricity, healthcare and sanitation, education, communications infrastructure, banking and money markets, and all the signs of a progressive, fast-developing society. All these projects have to be pushed fast to attract global attention and investment. And to hell with anti-development protest movements!
Which takes us back to history. As in historic times of contentment and decadence, the most important, and corrosive, consequence of India’s push and shove development has been the acceleration in corruption. India is now a thoroughly corrupt country — the lower classes have to pay bribes for survival, and the upper classes pay to get anything they want done. With big and small projects coming up everywhere, the corrupt are contented and pursuing perverse pleasures. If the bribes and donations given in a year at all levels were counted, the total amount would be more than the GDP of many developing countries.
Bhaduri, and other economists, should be studying history, carefully watching the swing of the pendulum, anticipating the consequences, and thinking about new ideas which will reshape economics. Instead, they gush on the Right side or moralise on the Left side. Meanwhile, the world moves from capitalism to neo-socialism to neo-capitalism to super neo-socialism… Each produces faces of greed or despair which you are afraid to see.
-- Sahara Time
Posted by Frog Books at 8:56 PM 3 comments: