The Damage of the Written Tibet Words 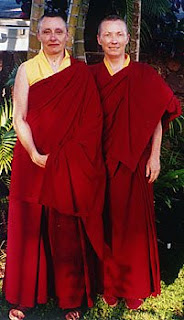 By Sunil K PoolaniA careful reread of the twentieth century history will show that there have been certain issues and crises in world polity that were given undue importance and publicity. is one. And the undue patronage shown by Jawaharlal Nehru in this case, thanks largely due to the scuffles had with the “bhai” then, is predominantly responsible for becoming a “concern” the world over.

Over the last fifty years, the patronage has only grown voluminously with groups like ‘Friends of Tibet’ fighting for an issue which has no connection to their race, religion or nationality.

While most of and the world think is the culprit and shed crocodile tears for the “untold miseries” of the Tibetan refugees, you only have to go to Dharamshala, McLeod Gunj or Palampur in Himachal Pradesh to witness the spiralling resentment against the Tibetans.

The natives believe the Tibetans are not only patronised and their sustenance hugely subsidised but are literal goons who attack them physically and verbally and pose a serious threat to their chances to grow up in their own soil.

Akin to the Shiv Sena’s xenophobia? But in Himachalis’ case, the natives are at the receiving end, and the Tibetans are the aggressive ones. Well, this is first-hand knowledge, and not hearsay or what I have read in today’s unreliable newspapers. One might argue: Why single out ? What about the Palestinian issue? But, then, history is such, and you have to live with it.

Now, coming to the issue, reams and reams have been written to further the “pitiable” cause of the Tibetan issue: the mass exodus, the Dalai Lama refugee status in , Chinese tyranny, suppression of lives, culture and independence, the Karmapa...

These are issue-based ones, right. But since issue has already become a cottage industry all over the world; anything on the subject, whichever the language is, sells well. So you will also find a second variety — mainly coffee-table books — which celebrates the culture and tradition of the people.

Many books, like that of Italian journalist Carlo Buldrini’s A Long Way from Tibet, claim that “[these books are] absorbing accounts of the Tibetan community in exile”, while looking at today’s in an “unromantic” way. Unromantic look, yes. Absorbing, hardly.

One has to appreciate and admit that many writers have spent considerable time to “research” books on the Tibetan issue. And most of them do interact with the members of the community, both in and in , and collect direct information about the core issues plaguing or supporting the movement and its existence, and also about the vicissitudes the community faces even today. But they hardly probe the present-day global equations and polity, especially at a time when and are trying to bury the hatchet teaming up to become the ‘global superpowers’.

Nevertheless, these part-time historians, or hacks, are too sympathetic to the Tibetan cause and the people. As a result the casualty is objectivity. And there is this apparent unwillingness to the probe the shortcomings of the Tibetan movement they are supposed to be reviewing or chronicling.

is ’s internal problem; high time should have abandoned it. The Dalai Lama’s fight should not be ’s high priority (it became one due to undue importance given by the western press). We Indians have our own set of headaches: the country is ripping apart due to insurgent Maoists, farmers’ death (well, it has become so rampant that it has ceased to be headlines in the national press), and deaths due to malnutrition, Aids, and dowry-related cases are on the rise.... And, here we are still worrying about the fate of the orange robes. Pity.