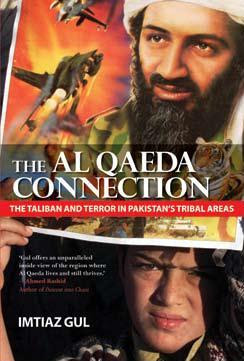 This is a good book for understanding how cynical realpolitik games are played, and how the intended consequences of these games are trivial compared to their unintended consequences. Imtiaz Gul tells the horror story simply, like a good reporter; there is no jargon and no pontification of strategic analysts.
The intended consequences were to make life miserable for the Soviet forces occupying Afghanistan so that they quit the country. This required nurturing terrorists who would create havoc in Afghanistan and escape to a safe haven in the mountainous tribal areas of Pakistan. The terrorists were funded by America and its close ally Saudi Arabia, trained in combat, supplied arms, ammunition and communications systems, and brainwashed to be Islamist jihadis. The tribal people of a backward area got globalised training and attracted zealots from other countries.
Pakistan’s military and the ISI intelligence agency were given the task of coordinating the activities of terrorists. So, along with the terrorists, the military and the ISI too became powerful and beyond the control of the Pakistan government which had become an American puppet.
Eventually, The Russians got tired of the mess and quit Afghanistan. What were the huge and well-trained terrorist networks supposed to do? Close down their operations and return to a quiet peasant life? That was impossible. They had been fired with a mission, an ideology, and the inspiration of hate and revenge. Their sponsors, who now tried to stop them, became the new targets of hate. The tribal terrorism globalised and created deadly big bangs in many countries. Imtiaz Gul says there are now 30,000 Muslim extremists in Germany and 10,000 in UK. What about the numbers in other countries, including the US?
In a speech on 27 March 2009, US President Barack Obama said the terrorists in Pakistan’s tribal areas were not simply an American problem. “It is, instead, an international security challenge of the highest order….. If there is a major attack on an Asian, European, or African city, it is likely to have ties to Al Qaeda leadership in Pakistan. The safety of people around the world is at stake.” Russian military officers who read Obama’s statement must have roared with laughter and ordered more bottles of vodka.
Gul gives these statistics for terrorism-related deaths in Pakistan: 189 in 2003, 864 in 2004, 648 in 2005, 1,471 in 2006, 3,599 in 2007, and 6,400 in 2008. Add to them the deaths in other countries and the numbers are scary. It is possible that cynics in Washington DC dismiss these deaths as ‘collateral damage’.
American forces never directly attacked Afghanistan during the Soviet occupation, but now they are frequently bombing Pakistani territory. And the Pakistan government can’t to anything about it. Pakistan itself has become ‘collateral damage’ in the war against Al Qaeda. It is no wonder that the Pakistani people believe that the US is a bigger threat to their country than the terrorists. This fear about the US is spreading to Muslim communities in other countries.
Imtiaz Gul’s book should be compulsory text for the armed forces, foreign ministries and intelligence services. It gives step-by-step revelation of a deadly game and its consequences. Gul presents a huge amount of information, but it links well and provokes thoughts about the future. Many questions arise after the book is put away. Will Pakistan eventually seek the help of India and Russia? How will emerging technologies and tech-savvy extremists change the form of terrorism from mass murder and destruction of property to something more subtle and more ruinous? What new routes will terrorism funding take and who will be the new sponsors? Will the success of Pakistan’s terrorists inspire guerrilla movements in other countries? How will anti-terrorism technologies and strategies evolve? And much more.
-- Sahara Time
Posted by Frog Books at 4:27 AM No comments: