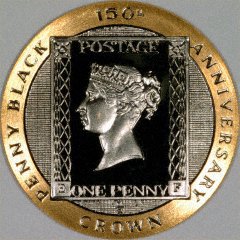 My grandfather was on his deathbed. I was anxiously waiting for his death so that I could steal his collection of stamps, which he never allowed me to touch when he was alive. He had, by then, amassed an impressive collection of postage stamps; he used to work with the Brits and had travelled all over the world — from Great Britain to France to Iran to most provinces in the pre-Partitioned India. And he specialised in collecting rare and old stamps, which made his (and now mine) collection a rare and expensive one. I continue the tradition.
Conjure up those images of waiting for the postman peddling his way towards your house to deliver those mails and you eagerly waiting to tear off those stamps so that you can add them on to your fledging, brusque album. Well, one really doubts whether these days’ kids do that, as most would be busy surfing the net or opening the virtual mails which invade your lives without stamps.
Over the years I had the rare privilege to not just collect postage stamps but to also mingle with people and clubs which specialise in philately. And these years have given the strength to assess the real value and authenticity of rare specimens. And along with it you get lots of nuggets from likeminded people. Well, to start with here is an information which is not rare to find, but not many people still do not know. Which was the world’s first postage stamp and when was it issued? May 6, 1840, saw the introduction of the Penny Post, the so-called ‘Penny Black’ with the head of Queen Victoria. Queen Victoria’s head remained on the stamps for the next 60 years, in which 100 more stamps appeared.
Trivia like the above one is a staple diet for any philately connoisseur. Philately, like any other hobby, can be an obsession. And the journey of stamp collectors was not an easy one. Short after the issue of the first stamps the first collectors of stamps came to the fore. First, most people laughed at these collectors, but soon they became more and more. The first collectors collected stamps of the whole world because there were not so much issues at the beginning. These stamps were stored in the most different ways — there were collectors who collected their stamps on a string or affixed their stamps on wallpaper. This was not a good way of collecting stamps, so the first stamp books appeared. The stamps were glued with paste into the books. This was also not a good treatment for the stamps, which finally could be handled with more care with the invention of the hinge in 1889. If there are stamp collectors, what stops them from starting a union? The first association for stamp collectors was founded in 1856 in the US: The Omnibusclub.
In India, of course the postage stamps were introduced for British convenience of communication. Apart from the British India stamps, several other princely states like Travancore and Jaipur introduced their own stamps, which are a veritable collectors’ item today. Some of my priceless collections include Travancore Anchal (postal service) stamps and that of Mysore under Tipu Sultan and Hyder Ali.
Nostalgia is what drives this passion. One is seriously surprised that the same passion is missing among today’s youth. The reasons are aplenty and you don’t need to probe much to find them out. But, if anyone is planning to pursue this beautiful hobby, here are some advises for free. Treat your stamps like newborn babies, and like your own babies. There are lots of ways to procure stamps. But the preferred two routes are either you get it when somebody sends you a physical mail or you could buy them from professional sellers. In Mumbai walk down the DN Road from VT Station to Flora Fountain, and you could meet at least a dozen of them. Some of the shops there sell other paraphernalia like albums, forceps and books on philately, which give an overall perspective to appreciate your new-found obsession. Once you have a substantial collection you can organise it thematically: country, flora, fauna, people, new, old, rare…
Every stamp has a bulky history to narrate. No, it is not just about the way they traversed to reach you, but aspects like the country of origin, the subject of the postage stamp, the reason it was issued, the price, the style, the design, all these make the stamp a very important aspect of history. And by saving them you are saving a tradition, a history, a culture.
I believe my grandfather would be proud of me — up there.
— Sunil K Poolani / DNA
Posted by Frog Books at 5:22 AM 1 comment: