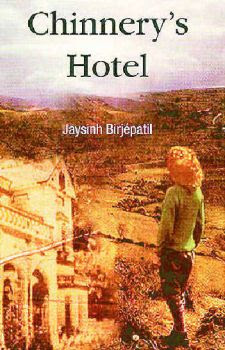 It is by now known that Indians can write in English as good as, and in several cases, much better than contemporary British and American writers. This comes at a time when India is considered to be a great market for books published in English — doesn’t matter even if the imprint says it was first published in the late 1800s or it is a pirated version of the Fuhrer’s autography.
But, this soaring market has its own downfalls. Mediocrity of all standards get the front seat… and attention and glamour. Well-chiselled writings, painstakingly done though, get a step-motherly treatment and sinks into oblivion. Sad. True, but. So, it is with immense pleasure that we marvelled at the novel penned by Jaysinh Birjepatil.
Chinnery’s Hotel has style and a huge amount of substance, and it offers a wonderful window into the old days of the Raj. And how Birjepatil could assume and analyse those days in vivid details is amusingly mysterious. But, like every good work of art, this too is flawed with a disease that is spreading across the globe: verbosity.
That does not mean Chinnery’s Hotel is a throwaway dish; it is a smorgasbord. It tells the story of yearning, of homelessness, of a journey in search of her borrowed roots seen through the eyes of Grace, in her old age, travelling back to the India of her childhood — longing to go “back home” while in India, but finding England not as British as she was in India.
Set in Mhow, a British cantonment town in India, Chinnery’s Hotel is more than just a home to Grace, her Mater, Pater, brother Bobby and sister Jo Anna, their chokraboys, ayahs, boxwallahs, and all the paraphernalia that were quintessential to being British in the India of the Raj.
Birjepatil paints a rich gossipy canvas of the life and times of many a mixed-up race: the English-American-European, the Parsi, and, the Anglo-Indian. The subtext is one of the utter hopelessness of being an Anglo-Indian — while the other mixed races are fun and ‘in’, the Anglos cannot rise above their station and there is almost a cry of triumph when they err on the wrong side of Victorian morality.
And incest is natural to Grace’s daughter Camilla, for after-all, she is just another one of them: forever reflected in a cracked mirror “…. Don’t you see, it’s the knowing that’s sinful, not what we did?” And, therefore, her bleeding to death on the birth of her daughter “had a logic of loss by instalment”.
The tone of the book has the pallor of death and old age hanging like stale air but not touching you an emotional chord, as say, an Iris Murdoch. So many big, harsh words tumble out in such numbing succession. Your prayer for relief gets a rare simple, yet picturesque line hidden amidst the drudgery. Sample three: “memory kept alive by touch is the Braille of ghosts”; “face caved in like a document hastily thrown in a grate”; “as though Grace has died in her sleep, leaving behind an empty dress hanging from a peg”.
Don’t read it if you have hippopotomonstrosesquippedaliophobia but look at the brighter side: Chinnery’s Hotel can be very useful when you play Scrabble. The author is truly a Professor of English literature.
-- Sahara Time
Posted by Frog Books at 10:24 AM 1 comment: