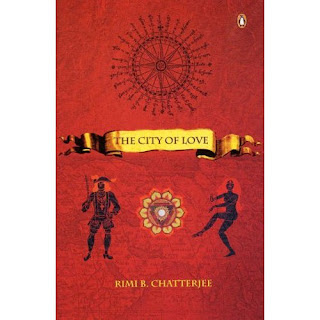 The City of Love
Rimi B Chatterjee
Penguin
321 pages
Rs295

Amidst a slew of recent Indian works masquerading as fiction, here comes a book that appears to veer off the beaten track and promises to entertain without resorting to the exotic.

To start with, Rimi B Chatterjee’s The City Of Love is written in prose that is often riveting, and, considering that much of India’s past is a matter of convenient conjecture, it is also grounded in meticulous research. Initially, the book is quite a page-turner as Chatterjee’s cogitative narrative style chronicles happenings in 16th century Bengal and Chittagong.

The novel revolves around a foursome: the Moorish Daud, merchant buccaneer par excellence, Fernando, the Castilian trader fleeing religious persecution, Chandu, or Kalu, forced into the twilight realms of Tantra by his rabidly devout father, and finally Bajja, the tribal girl whose only aim is freedom.

Of the above four, first Fernando and later Bajja, evolve into strong protagonists. The novel takes off encouragingly enough: with the capture of Fernando and then his absorption into the Daud gang as the good old life beckons against a backdrop of religious fratricide, not only in distant Europe but also along the subcontinent’s coasts and hinterlands.

Perhaps 300 pages are too less to convincingly develop a plot set in a time which is one of the most crucial eras that would eventually shape today’s India.

Instead, you have a parallel plot (of Chandu and Bajja) that never connects with the purportedly main plot (of Fernando and Daud). If the chapters on the pirates has a backdrop of Catholic-Protestant hassles, those on the natives are inundated with Tantric absurdities and tiresome Shaiva-Vaishnava ideological conflicts.

Among all this, it is Bajja who keeps the novel alive, hinting at what might have been if only Chatterjee had put her soul into her characters instead of investing so heavily in history (remarkable, nevertheless) and in chiselling her prose (equally admirable).

In the final analysis, if Chatterjee had reined in her ambition, which in effect had her caught between the proverbial two stools (of two analogous narrations where the respective characters meet only towards the end), she could have delivered something richer.