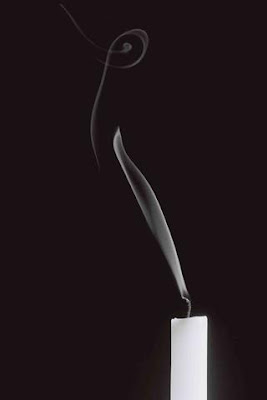 There’s a coconut tree in my backyard. I fought to plant it more than eleven years ago. Everyone, who wasn’t an expert on coconut trees or about anything auspicious, advised – should not plant a single one as its not good for the house. Very practical objection from spouse – where’s the space? A psychiatrist, he gives everything it’s wingspan and doesn’t like Bonsai! I made the decision on the clear household rule for autonomic decisions taking the entire responsibility for the actions and fruits thereof!
I bought a sapling from the nursery (even coconut trees are born there – what containment!), found a fella who needed money for his next drink and recited the technical advice doled out by the staff at the nursery while he planted it. My tree grew so well, the fronds so green, the trunk thick and strong – let me name her– “Life”? Life continued adding more fine greenery to her as many years rolled by. Everyone came – why is she not flowering? Have you got one that takes fifty long years to mature? Will you be alive to taste the fruit or nut? (Come on I’m not in my dotage!) Teams of tree-climbers broke my confidence. Said the tree needed help to mature – we’ll get to the center of her and put some stuff there that will induce flowering. Have you noticed these guys – come in pairs, one drunk and the other wiry older guy will do the climbing? Your regular gardener does not handle coconut trees, if you please.
The pair of climbers came with more big men and they got to the center of the tree, brushing off her protests when she tried to use her foliage as fig leaf. I can’t forget to this day the violent rape of that tree in broad daylight. Some ash-gray chemical, some iodized sodium chloride and some red soil forced into her heart to ‘help’ her flower. We’ll never know if she might have come of age on her own but these guys crowed with triumph when after a couple of months of this horror, Life showed five beautiful fluorescent yellow flowers as though wanting to please us fivefold for all these years of silence. The fruits matured on my daughter’s eleventh birthday and we offered the first coconut to the Lord in true Indian style. The feeling of really having celebrated her birthday was so lovely and pure. The fruits and the water inside were unbelievably sweet. Reaped about ten of them.

Posted by Frog Books at 4:11 AM No comments: