How British Dominated Us 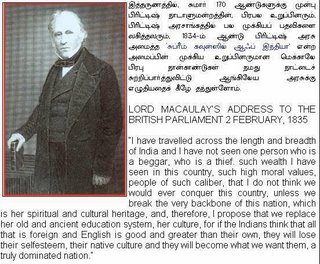 Shreepad Halbe’s office is at Hutatma Chowk, the central business district of India’s commercial capital — Mumbai. The office is situated in an old building of the Raj period, populated by the numerous offices, mostly table spaces. The tiny office is equipped with an air-conditioner, a computer and telephone abd there are some office assistants, too. I wonder how Shreepad, a tall man, manage to enter the office and settle on the chair. His is a consultancy firm in finance, company law etc. He is a voracious reader. Politics and literature are his favourite subjects.
He gave me Carols Feutes’s book and there I found the mention of Gabriel Garcia Marquez. 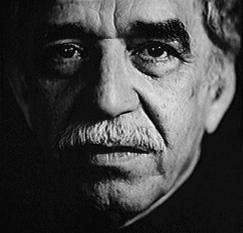 It was in 1985, nearly 18 years after the publication of his masterpiece, OneHundred Years of Solitude. I was then involved in the production of a Diwali Special Number. In Maharashtra sweets, gifts and reading of Diwali Special Number are embodied in the celebration of festival of lights. Since, Shreepad gave me a clue, our group sought an article from a well-known poet-critic in Marathi, Prof. Vasant AabajiDahake. We asked him to introduce Marquez to the Marathi reader. He wrote a nice piece on the Spanish master's two novellas — Chronicle of a Death Foretold and No One Writes to the Colonel. I went around in bookshops in Mumbai but could not find any of Marquez’s book. I had to buy a pirated copy of One Hundred Years of Solitude from the pavements of the central business district.
I settled down in Mocambo, a modest restaurant in the busy Fort area and ordered a bottle of mild beer. I started reading the book completely forgetting the divine golden drink on the table. Since then, I have been reading Marquez.
Kishor Kadam, an intelligent actor on the Marathi stage, who has also worked with noted film directors like Shyam Benegal, met me accidentally in a dingy bar located on the outskirts of the island city. Our group was discussing some Marquez story and voices went up.
Kishor took it as an invitation and joined us. Later, Kishor told me that Hindi novelist Uday Prakash is deeply influenced by Marquez, particularly his magical realism. Kishor also said that he was to stage Tirichh, a short story by Uday Prakash. I read some of the stories of Uday Prakash. I found him quite interesting. He might have derived some inspiration from Marquez but anti-colonialism seems to be his major concern.
Harish Nambiar and Sunil K Poolani are my two journalist friends. They are from Kerala. Harish understands Malayalam but can’t read and write. Sunil can read and write in his mother tongue but his medium of expression is English. Both of them told me that magical realism was invented much before Marquez in Malayalam literature. They referred to the Malayalam novelist and cartoonist late O V Vijayan. Maybe, I said, as I don’t understand that language.
Recently, Ashok Shahane, one of the founders of the Little Magazine Movement in Marathi literature in the sixties, said in informal chats with me over a cup of strong coffee that considering the rich treasure of mythology, some Indians should have had discovered magical realism. Ashok has to his credit prognosis of the changing li 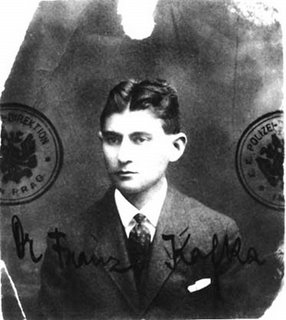 terary sensitivity in the sixties and also publications of select Marathi titles, particularly the works of Arun Kolatkar. Still, I could not agree with him.
The word Magical Realism appeared in Marathi criticism in the seventies. Vilas Sarang, a noted novelist and critic told the Marathi readers (Sisyphus AaniBelaqua) that the term was first used in Europe to the term Sarang had referred to Kafka’s Metomorphsis, the short story that inspired Marquez. It appeared to me that Kafka’s magical realism has sprang up from the necessity to depict the repressive system vis-à-vis the individual.
In the European civilization, individual is almost at the centre since the rebellion of Martin Luther I and the Emergence of Protestant Ethics, although the tradition can be traced from Immanuel Kant’s writing. Milan Kundera’s Joke is all about the repressive system that fails to understand a simple joke and results in the sufferings of an individual, the protagonist.
In the case of Marquez it’s the other way round. He has employed Magical Realism to underline the solidarityof an individual with the society. Solitude is are current theme in Marquez’s work only to emphasise that individual, when isolates himself from the society (for variety of reasons), can’t escape the sufferings.
The last sentence of the Solitude… proclaims that “races [the Buendias] condemn to one hundred years of solitude did not have a second opportunity on earth.” Obviously, Marquez has distanced himself from the classical European cultural tradition. “…imagination is just an instrument for producingreality,” says Marquez while discounting fantasy.
Still most of his admirers get carried away by his ‘fantasy’. Indians are no exception. Particularly, in Marathi literature where Bhalchandra Nemade, the noted novelist, critic and poet, held sway connoisseurs crib about the Nemade style realism-nativism for they believe that it had stagnated the novel. Their apprehensions though justifiable should not entail that India with unfathomable treasure of mythology should have rediscovered the magical realism. In fact this burden of the past does not allow Indian writers to explore their own mythical past.
In India mythology is so well defined that it does not allow the individual to explore his own mythical past. Indians are so certain about their identity that they don’t need to discover it in every generation. The continuation of culture is the uniqueness of India and is also the hindrance for the writers from successfully employing magical realism in Indian context.
Vinod Kumar Shukla’s Hindi novel, Diwar me Khidki Hoti Thee, has successfully employed the imagination to liberate the Indian novel from the influence of nativism-realism cocktail. Interestingly, the technique invented by Shukla does not resemble to Marquez or any other Latin American writer. Shukla creates his own space that lifts him and his readers from the wretched reality. His magic reinforces the traditional Indian faith in co-existence not only with humans but also with nature that includes the flora and the fauna. He does not talk of solidarity but of integrity with the nature and other human beings without getting into the mythical past.
Naresh Dadhich, a scientist of repute who heads the Inter-Universities Center for Astronomy and Astrophysics, Pune, is a Rajsthani by birth and is fluent in Hindi, Marathi and English. He contended that magical realism is an universal trend born out of a dominant idea of the time. A good creative artist of any discipline does need a free space of its own in which he is the supreme creator. It’s the use of this free space which really determines the strength and greatness of the artist. The only guide he has in this space is his historical/mythological anchoring.
According to Naresh, Saul Bellow uses this space wonderfully to uplift oneself from the wretchedness of the immediate reality — exactly in the sense of Bhakti and Sufism where one focusus on something beyond the immediate reality and tend to believe that is the real reality.
— Sunil Tambe
Posted by Frog Books at 4:46 AM No comments: