Been there, seen it 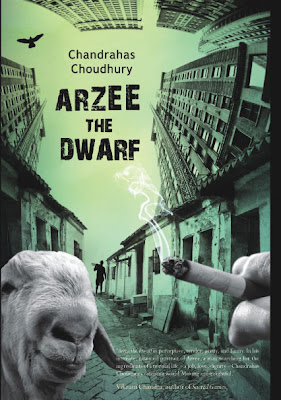 Sunil K Poolani
----------------------------------------------------------------
Arzee the Dwarf
Chandrahas Choudhury
HarperCollins Publishers India
Rs 325; Pages 184
----------------------------------------------------------------
Immediately after I got this book for review, the books page editor of a national daily called me up and said: “This guy, Chandrahas Choudhury, his debut novel is, what can I say, can be compared to Günter Grass’ The Tin Drum.
Wow. That is a great compliment, coming from him. So I started reading Arzee the Dwarf with great expectations. So does the literary aficionado stand vindicated? Those things later.
Choudhury, whose book reviews I have been reading regularly in several prestigious publications, has taken a great risk: a books reviewer turning novelist and exposing his work to others to review. And, to be honest, he has almost succeeded in writing a good book — not great by any standard.
The book talks about Arzee, a great loser and moaner; he sulks about his life to even people he hardly knows. And, yes, obviously, he is short and he is acutely aware of that fact and, naturally, develops an inferiority complex.
He works as a projectionist in a soon-to-be-multiplexed, fading-away Noor — a landmark movie theatre where Madhubala and Nargis sang and danced to enchant gleaming movie-goers at an era when even television was unheard of.
When the novel starts Arzee is playing cards with his ruffian friends. He is but in a good mood: his senior, Pherozebhai, the ageing Parsi who has fathered a blind daughter who will get married in the last chapter, is retiring, and Arzee will be replacing him. And Arzee’s Mother has found a girl for him, despite his shortness, from Nashik. What else do you want in life?
But all comes to a null when Arzee was told that the once-luminous theatre will be demolished and in its place a multiplex theatre will come up and they will not have openings for redundant, unkempt workers of the Noor. The ground under his feet slips away. He falls into dejection and takes to vigorous drinking.
In between there is this famous and funny encounter with Deepakbhai, who is part of a crime syndicate; Arzee apparently owes him money, because he gambled and lost. Deepak always chases him, and eventually Arzee does pay Deepak all the money he owes him.
His Mother is worried that something has happened to his son (Mother only comes into the picture only towards the end of the book), and learns from Pherozebhai that Arzee’s job will be history. And to add injury to insult she confesses to him that he is not the real son of hers (a Muslim) and Father’s (a Hindu bania). Arzoo is actually a Christian and he was adopted by Mother and Father when they were childless for a long time.
He then goes into another bout of hopelessness and anxiety; another reason being his girlfriend had, thanks to her drunkard dad, left him two years ago. Finally Mohan somehow tracks her down in Goa and his life starts looking up. Arzoo makes plans to visit that place, but before that he has to attend Pherozebhai’s daughter’s wedding. The train is about to leave for Goa and he remembers he had forgotten his sunglasses and there was almost no point in going to Goa sans them.
It is one of the most intriguing, insane and insensitive ending (all rolled into one) I have ever come across. And after reading this short novel, it is not Arzoo, but the reader who is left astray.
Now, about Choudhury’s writing. He knows his craft well, has an eye for detail and possesses vivid imagery. But what pulls him back, intentional or not, is his oft-repeated conversations and thoughts that can be utterly boring and infuriating. The style is gimmicky at times, with a dose of street-smartness; especially so when Choudhury uses this vivacious city, Bombay, as the background for his maiden effort. And if you are an owner of a two-bit brain what you could never decipher is, how almost all the characters in this novel is a philosopher: I have never seen a cabbie or a bargirl talk about the intricacies and complexities of existentialism and karma.
Sorry, Choudhury is no Grass, never. Excluding these flaws this book is a page-turner, and I will of course look forward to his next work. He is a talent to watch, only if he realises that the road ahead is harsher than the potholed lanes of Bombay.
-- Sahara Time
Posted by Frog Books at 11:06 AM 5 comments:

Onam This Year, Every Year 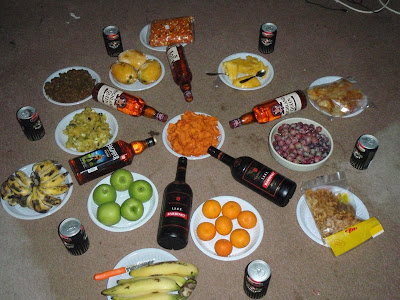 This year too we are going to celebrate our National Festival, Onam, this way. Any problem?
Posted by Frog Books at 7:50 AM No comments: