Of raw life, math and show-off

Rereading Charles Bukowski’s Post Office after several years, one was remorseful to see the effort and pain our celebrity authors take to safeguard their feel-good reputation, to conveniently bury a ‘dubious’ past, if any. 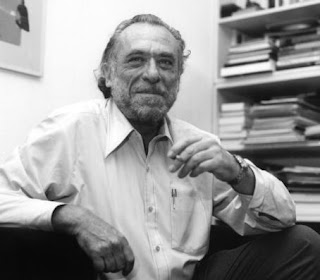 If Bukowski, that ever-so-iconoclastic writer, chose to meticulously demolish his own reputation in almost all his autobiographical books and fiction, our own trapeze artists hog the Page 3 circuit, putting on their best-ever smiles to conceal their bad divorces or past plagiarisms.

Born in in 1920 to an American father and German mother, Bukowski grew up in , enduring a childhood and youth marked by bullying from other boys and regular beatings from his abusive father. If Bukowski smelled of cheap liquor, our ilk reeked of expensive French perfumes; if Bukowski chose to wear his jeans and T-shirt for more than a week, our tribe entered into designer suits five times a day; if…

But Bukowski wrote much better than all our con artists put together. He won millions of admirers for his supremely visceral style; a style that is meant to be experienced more than read. Good writing is not about champagne and caviar, but local brew and boiled potatoes.

I have just finished an interesting book. A Certain Ambiguity (Penguin Viking), by Gaurav Suri and Hartosh Singh Bal. Mathematics is like any other stream of arts, be it literature, performing arts or plastic arts. There is an infinity that is mind-boggling and there lies the beauty; a realisation that more you analyse and solve the mysteries of the game, the more the awareness that it is vastly and hugely endless. Galileo, Plato and our own Ramanujam realised it, so do most of the contemporary mathematical brains.

One reflective conclusion that can be drawn out of mathematics is how much ever ambiguous it might seem, the more you delve deep into it, with a pinch of modesty and decorum, and more are the chances of solving them and, in the process, enjoying them. It is true that mathematics, like any other art form, is losing its relevance; precisely for that reason this attempt to revive and regenerate interest in this stream of science should be welcomed.

What amuses me is the kind of books they carry with them these days. No, not Archer, , Sachs or even our desi Chetan Bhagat or Robin Sharma, but great classicists. I read a report sometime back which said George W Bush has been advised by his spin doctors to carry Albert Camus’ The Outsider while on vacation so that he will look an intellectual.

A White House spokesman said Bush “found it an interesting book and a quick read,” and talked about it with aides. “I don’t want to go too deep into it, but we discussed the origins of existentialism.”

I haven’t started laughing since then. The French existentialist should be turning in his grave, crying why he wasted his life writing all those classics.

An editor in a publishing house was fed up of a mercurial assistant editor. He summoned her into his cabin and told her, “Hello, the way things are going I don’t think you we will be working together from now on.” The assistant’s response: “Congratulations, Sir, so where are you joining?”